The test scenario is the top-level element of testing in Wenenu. Test scenarios group together test steps that are executed sequentially. A test scenario can be executed manually or it can be scheduled for execution at regular intervals. Wenenu creates a comprehensive run report for every scenario execution. 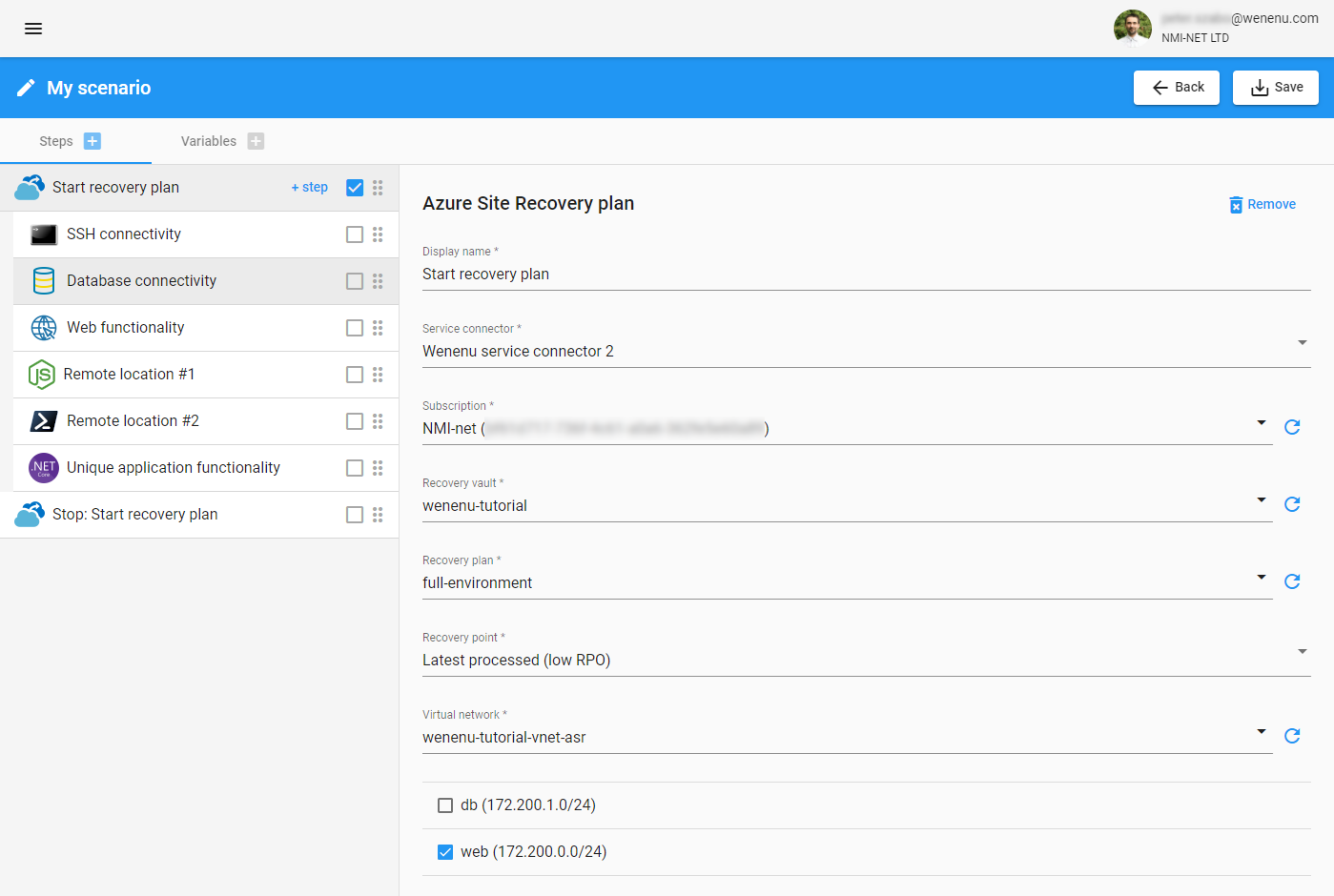 Variables can be made secret by clicking the lock icon next to the value field of the variable. Secret variables are useful to store passwords and keys. The secret values can be used in step configurations without displaying them as plain text. Once a secret variable is set, its value is never returned to the users.

The previous runs tab shows the previous executions of the test scenario. The table shows the scheduled time, the actual start and end times, the state and the test step count of the scenario executions. The finished failed and skipped test steps are displayed next to the test step count in brackets. Once a run finished, the execution report can be downloaded by opening the context menu and clicking on Download report. Clicking on a scenario execution switches to the Run details tab and loads the steps of the selected run.

The run details tab shows the test steps of the selected run in the order of execution. Display name, state, step type and start and end times are listed for every test step. Clicking on a test step displays its results in plain text format. While the test scenario is still running, the run details tab is refreshed periodically. 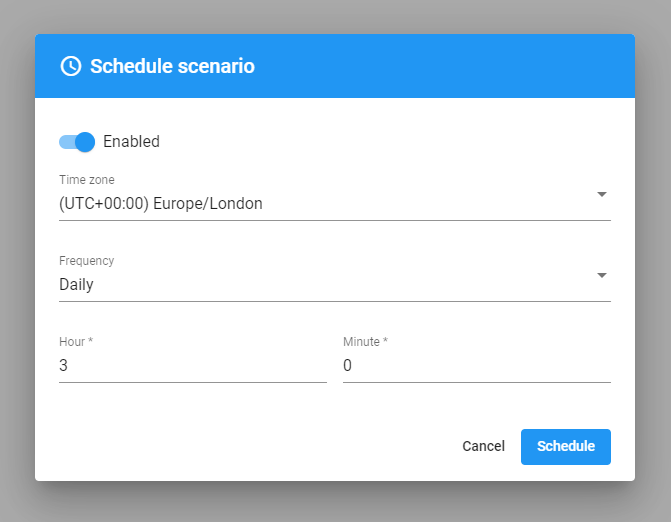 Wenenu creates a comprehensive PDF report for every test scenario run. The report can be downloaded on the previous runs tab of the scenario details page for the individual scenario runs. Email reporting can also be enabled on the test scenarios. Wenenu sends out the PDF report after the scenario run is finished to up to three email addresses. The timezone of the created report can be changed on the email report modal window. The new timezone setting will affect only the PDF reports that are created after the change. 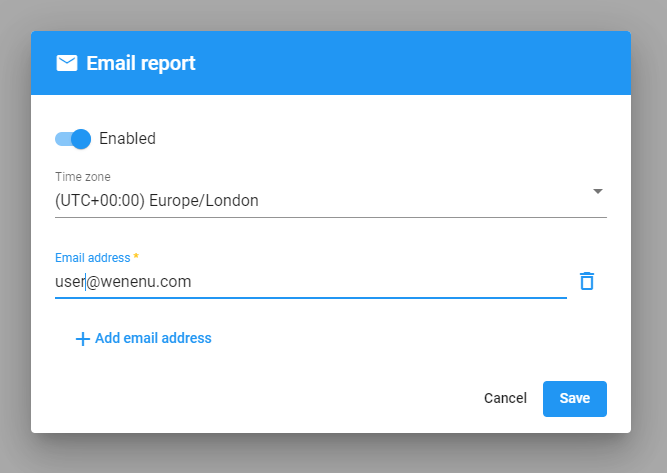