API users are needed to call the Wenenu API. An API user is identified by its version 4 UUID, it has an arbitrary name and an expiration date. When the API user is created it gets a random secret. The id of the API user and the secret are used for authentication. The secret can’t be changed, and it is revealed only once after the API use is created. There is no way to retrieve the secret later. Expired API users fail to authenticate. Users can have up to 200 API users.

Wenenu roles can be associated with an API user. The associated roles determine the actions the API user can perform. The following roles are available for API users: 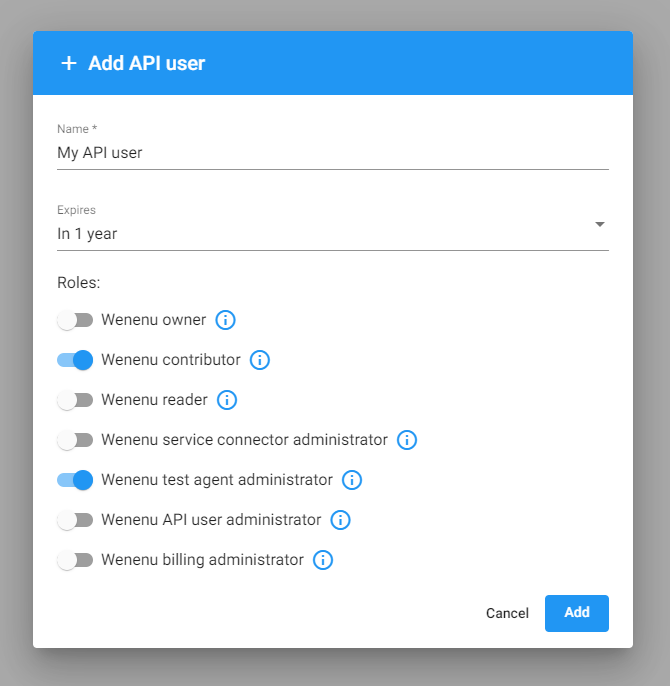